Posted on April 9, 2018 by Cre8iv Entertainment 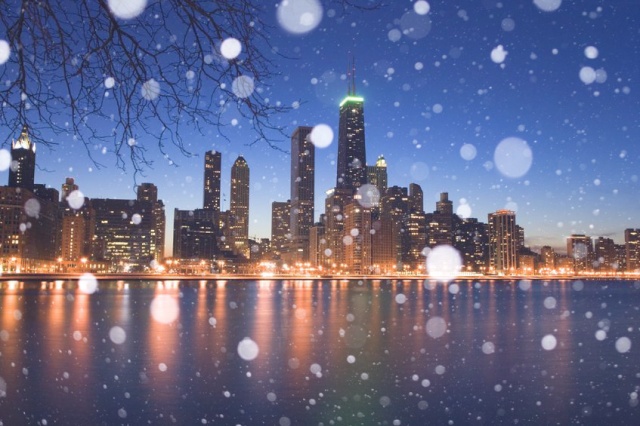 I awoke groggy. The dirty scumbags that I must have fought last night did a number on me. I felt terrible.

I pulled myself to the kitchen for some juice–something, anything to erase the feeling in my mouth that a bird had built a nest in there. I pulled my Phillip Marlowe coffee mug I bought at Navy Pier out of the sink. It was mostly clean.

Plopping down in my easy chair, I sipped on the cold OJ looking out my State Street window. It was spitting snow outside on a cold, gray Chicago day after Christmas.

I slowly remembered as the late morning haze wore off that I was at my Mom’s all day yesterday for Christmas day in Oak Lawn and had a little too much ham and Christmas drink. Plus my brother Tommy and I had got into a spirited game of Ice Ball, our unique version of football and basketball outside on the driveway hoop. I dominated as usual…but at what cost?

“Oww!” I screamed out loud, trying to reach the spot behind my neck that hurt.

Ah, there’s no place like home for the holidays.

This was that weird stretch of days between Christmas and New Year’s. Surreal days where everything is different, and stores are open and closed. Some folks are working, some aren’t.

After returning from Europe, and wrapping another quick case (the intense turkey giveaway scandal involving many big wigs at Jewel grocery stores, including their marketing director-turned evil crime lord), my boss had given me the holidays off. That case had ended, as they usually do, with an extended chase though Chicago and a prolonged gunfight (as well as a knifefight, a slapfight, a regular fistfight, and a nasty bit of name-calling.) But I brought the bad guys to justice in the end—as I am wont to do.

The juice was doing its job. I was slowly waking up to the morning, which would only last about seventeen more minutes now since it was 11:43 am.

(From Filton Sibley, Detective in the book Interludes of Evil: Doing the Holiday Limbo. Filton is assigned to protect a witness before a big trial, but things go awry, as you might imagine. And yes, there is limbo dancing…)